To keep transactions on Haravan’s platform safe and secure, all apps connecting with Haravan APIs must authenticate when making API requests.

Different types of apps use different authentication or authorization methods: 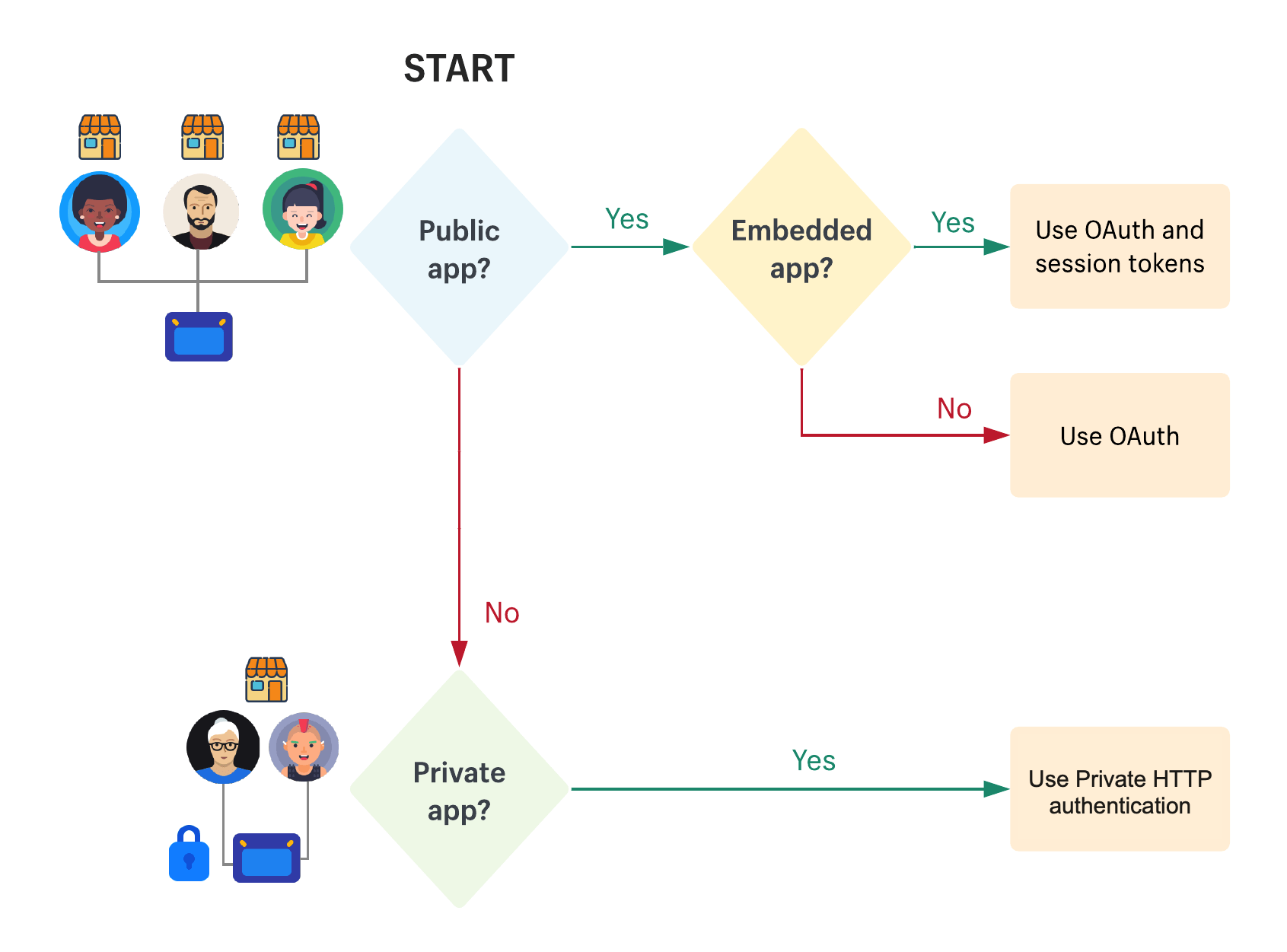 Any web application or service that connects with Haravan’s platform is referred to as an app, regardless of how it’s exposed to end users.

An app extension isn’t an app. It's a mechanism that lets an app add features to certain defined parts of several Haravan user interfaces. The areas available to app extensions are defined by extension points.

How your app accesses Haravan

Haravan has many APIs that let developers extend the platform’s built-in features. These APIs let you read and write merchant data, work with other systems and platforms, and add new functionality to Haravan.

To use Haravan’s APIs, public apps must get authorization using OAuth. Apps then use the access token they receive through OAuth to authenticate their requests.

To authorize a public app, you need to generate credentials from your Partner Dashboard, and then use those credentials to implement OAuth.

Private apps can authenticate through Private authentication by using their  API key. You can generate these credentials from the Haravan admin of the store that you want to connect with your app.

You must include the request header Authorization: Bearer {API_key}, where {API_key} is replaced by your private app’s API key.

Embedded apps use session tokens to authenticate the requests that it makes between the client side and your app's backend. Session cookies used to fill this role, but have become unreliable due to browser policy changes, and so session tokens are used instead.

To operate as an embedded app, the frontend of your app requests a session token from Haravan using Haravan App-sdk, and then includes it in each request that it makes to the backend of the app. The backend then uses the session token to determine the user's identity.

Bài viết này có giúp ích cho bạn không?
Yes No
Can you please tell us how we can improve this article?